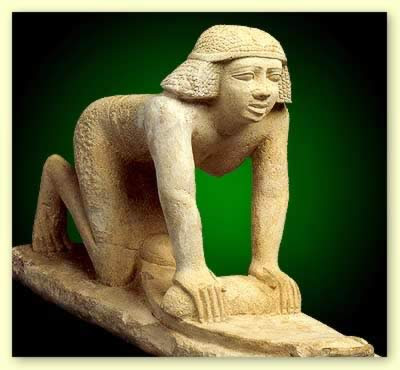 African Origins of the Major “Western Religions” by Yosef ben-Jochannan

Archeology of the Land of the Bible: Volume One, by Amihai Mazar

History Notes: “The African Presence In The Ancient Far East” by Runoko Rashidi

History Notes: “The (Black) Moors In Europe” by Runoko Rashidi

How did all the different races' arise from Noah's family? (Sermon) by Dan Rogers, February 22, 1997. publ. Internet in 1998 (www.AnswersInGenesis.org/Home/Area/AnswersBook/race18.asp)

Jews in Africa Part 1: “The Berbers and the Jews” (Fact Paper 19-1) by Samuel Kurinsky

Journal of Theology for Southern Africa 101 (July 1998) 35-48; “The Influence of African Scholars in Biblical Studies: An Evaluation” by Nancy Heisy

Lecture Notes: “The African Presence In India” by Runoko Rashidi
Me, Whom You Have Pierced – How to stop slaying your neighbor “in God's Name” - without abandoning your religion

The Bible Unearthed: Archeology's New Vision of Ancient Israel and the Origin of Its Sacred Texts by Israel Finkelstein & Neil Asher Silberman

The Complete Works of Biblical Black History and Prophecy of the Races by James Warner Jr. (www.BlacksInTheBible.net)

The Hidden Ones: “A Multimedia Exhibition” presented by Dr. AviMelech Ben Israel

The Law Keepers: “The Hebrew/Israelites and the African Slave Trade – How Do the two
Relate?” By Chawviv ben Yisrael

The Lost Scriptures: “Books that Did Not Make It into the New Testament” by Bart D. Ehrman (bart D. Ehrman is also the Author of “The Lost Christianities”)

The Present: “The Bible and South African Bible Theology” by Gerald West School of Theology, University of Natal in Pietermaritzburg, South Africa

What is a (Black) Hebrew Israelite? Part 1 & Part 2 by Cohane Michael Ben Levi

Who were the Early Israelites? By William G. Dever (Archeologist)

Who wrote the Bible? By Richard Elliot Friedman

"The Ashanti people of West Africa are descendants of group of people who used to live in an ancient city named Ashan. The "ti" on the end of the name Ashan means "children of", which makes the Ashanti people children of Ashan. This city is first written about by the prophet Joshua in chapter fifteen of his book. Joshua 15 discusses the territory /cities of the kingly tribe of Judah. Verse one says 'This then was the lot of the tribe of the children of Judah by their families...etc.' Joshua goes on to give the borders and boundaries of Judah. Verse 20 says 'This is the inheritance of the tribe of the children of Judah according to their families.' From this point Joshua begins to name the families that make up the kingly tribe of Judah. In verse 42 the city of Ashan is listed as one of the families.

The people of Ashan left Israel between the years 70 and 135 C.E. to escape Roman persecution. The children of Ashan traveled south-west across the Egyptian desert (i.e.. The Sinai) down through Ethiopia and then west across L. Chad, Nigeria and finally settling in the "Gold Coast of West Africa" south of the Upper Volta. Throughout their travels and encounter with other kingdoms the Ashanti people lost various parts of their Judaic faith including the Torah the Prophets and the Holy Writings. When the Ashanti arrived in West Africa all they had left was the oral laws and a few traditions. The Ashanti established a West African Jewish kingdom that stretched from the below the Upper Volta to modern day Angola.

The Ashanti are not the only African tribe of people who share this peculiar history. There is also the Yoruba, Ewe, Bantu, Fulani, the people of the Songhois kingdom and the Ibo of Nigeria as well as many, many more."

Conclusions drawn from HEBREWISMS OF WEST AFRICA
Joseph J. Williams
This extract was taken from an undisclosed titled paper

"These facts have peculiar significance when the presence of Judaism among American Negroes is to be considered. Hundreds of thousands of slaves were brought to America from this Western Africa during the days of the traffic, beginning nearly four hundred years ago." The author also shares: “How much more of Judaism survived among West African Negroes in that earlier time? As persecuted communities, they were rather more in danger than other Negroes of being raided by war parties and sold as slaves. It may be considered certain that many partially Judaized Negroes were among the slaves in America. How many of them might still hold some Jewish customs in their new is another question."

"And the LORD shall bring thee into Egypt again with ships, by the way whereof I spake unto thee, Thou shalt see it no more again: and there ye shall be sold unto your enemies for bondmen and bondwomen, and no man shall buy you."

H. G. Wells, in his classic work OUTLINE OF HISTORY verifies that millenniums ago the Edomites became "Jews." But then he goes on and gives us another trail to follow in correctly identifying the people today "who call themselves Jews." He says that these "Idumeans" joined with a "Turkish" people of Southern Russia (the Khazars), who also "became Jews," and BOTH make up the present day "Jews." Mr. Wells concludes, "The main part of Jewry NEVER WAS IN JUDEA AND HAD NEVER COME OUT OF JUDEA!"

Prof. Roland B. Dixon, of Harvard, wrote in 1923, "The most important single factor, however, in the differentiation of these Jews of the Asiatic borderland...WAS THE CONVERSION TO Judaism IN THE EIGHTH CENTURY OF THE KHAZARS. In these (Khazars )...We may in all probability see the origin of the great mass of the east European Jews of today."

Arthur Koestler, in THE THIRTEENTH TRIBE, p. 16, states, "Majority of Eastern European Jews are Khazar and Japhetic in origin, not Semitic."

...With that said, let us consider these facts:

Flavius Josephus, in his ANTIQUITIES OF THE JEWS, says in Book XI, Chapter V, "Wherefore there are but two tribes in Asia and Europe subject to the Romans, while the ten tribes are beyond the Euphrates till now, and are an immense multitude, and not to be estimated by numbers."

Isaac Leiser, in THE JEWISH RELIGION, Vol. 1, page 256, writes, "By this return of the captives (from Babylon) the Israelite nation was not restored, SINCE THE TEN TRIBES...WERE YET IN BANISHMENT."

The 1905 JEWISH ENCYCLOPEDIA, Vol. 21, page 249 reads: "If the Ten Tribes have disappeared, they must exist UNDER A DIFFERENT NAME."

THE JEWISH CHRONICLE, May 2, 1879: "There has always been, however, an unwillingness to admit that a fate which has befallen so many nations has overtaken the Ten Tribes. Why should they have been less tenacious of life than their brethren of Judah? Nay, the Scriptures speak of a future restoration of Israel, which is clearly to include both Judah and Ephraim. THE TEN TRIBES ARE CERTAINLY IN EXISTENCE, ALL THAT HAS TO BE DONE IS TO DISCOVER WHICH PEOPLE REPRESENT THEM." (emphasis added .)

Hence, this is my objective to IDENTIFY them.

"...for there is nothing covered that shall not be revealed: and hid, that shall not be known. What I tell you in darkness, that speak ye in light: and what ye hear in the ear, that preach ye on the housetops" (Jesus the Messiah of Israel, in Matthew 10:26,27)

Strength For The Journey

"Black Americans now are in position as never before in modern history to rediscover, and reclaim if they wish, a heritage which has profoundly influenced world history and mankind: the Hebrew heritage of Black Africa."

"And wait until you see what He’s (God) going to do with Israel. He’s going to stun the world, that’s what. What could be more spiritual than Israel coming into her promised kingdom? Man, don’t let anybody spiritualize away that blessed truth. That truth is spiritual!"

"All truth passes through three stages. First, it is ridiculed. Second, it is violently opposed. Third, it is accepted as being self-evident."

"You will equally understand that most Blacks do not know that The Old and New Testaments historically, geographically, sociopolitically, racially, etc. are part and parcel of their own heritage."

"It is not wrong to go back for that which you have forgotten."

"It has long been the object of Egyptologists to discover in the numerous Egyptian monuments still remaining in stone and papyrus, traces of the Israelites, which might show us the events related in the Old Testament from an Egyptian point of view."

"The belief of Hebrew Israelites is not based on skin color, it's based on family lineage. I leave you with this﻿ scripture: 'For I could wish that myself were accursed from Christ for my brethren, my kinsmen ACCORDING TO THE FLESH: WHO ARE ISRAELITES; to whom pertaineth the adoption, and the glory, and the covenants, and the giving of the law, and the service of God, and the promises;' (Rom. 9:3-4)"

"Strictly speaking it is incorrect to call an ancient Israelite a ‘Jew’ or to call a contemporary Jew an Israelite or a Hebrew."

"And it shall come to pass, that as ye were a curse among the heathen, O house of Judah, and house of Israel; so will I save you, and ye shall be a blessing: fear not, but let your hands be strong."

About the Header Picture

The Aleppo Codex is a medieval manuscript of the Hebrew Bible (Tanakh), associated with Rabbi Aaron Ben Asher. The Masoretic scholars wrote it in the early 10th century, probably in Tiberias, Israel. It is in book form and contains the vowel points and grammar points (nikkudot) that specify the pronunciation of the ancient Hebrew letters to preserve the chanting tradition. It is perhaps the most historically important Hebrew manuscript in existence. This is the text of Joshua 1:1, "Now after the death of Moses the servant of the LORD it came to pass, that the LORD spake unto Joshua the son of Nun, Moses' minister, saying,"(KJV)

Silas
I am passionate about the Most High God of Israel and His Son Jesus Christ, the Hebrew Language, and Hebrew History.